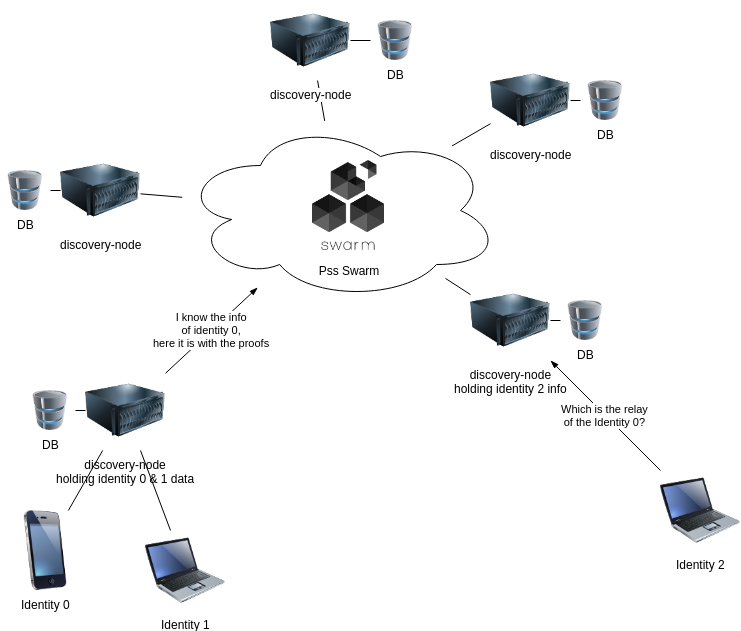 Types of node: - gateway (passive): are the nodes that only perform petitions, acting as gateways to the discovery network. This node can be trustless, as all the data that gets from the network and that is returned to its petitions, have the proofs of validity (merkleproofs) - active: are the nodes that are answering requests, each identity trusts its active discovery-node

The discovery-node data storage is a leveldb database. It’s organized with prefixes, where each type of data is stored under a prefix.

Flow when a discovery-node receives an Id discover request: 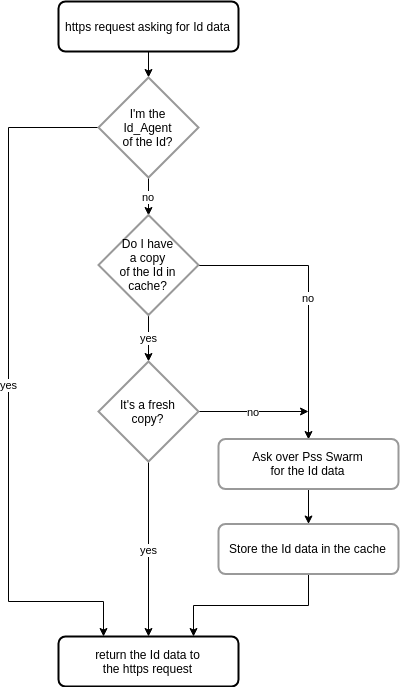 Each data packet that is sent over the network, goes with a ProofOfWork, and a Signature of the emmiter.